The Challenge Of Drought Early

Although an understanding of underlying vulnerability is essential to understand the risk of drought in a particular location and for a particular group of people, a drought early warning system (DEWS) is designed to identify negative trends and thus to predict both the occurrence and the impact of a particular drought and to elicit an appropriate response (Buchanan-Smith and Davies, 1995).

Numerous natural indicators of drought should be monitored routinely to determine drought onset, end, and spatial characteristics. Severity must also be evaluated continuously on frequent time steps. Although droughts originate from a deficiency of precipitation, it is insufficient to rely only on this climate element to assess severity and resultant impacts. An effective DEWS must integrate precipitation data with other data such as streamflow, snowpack, groundwater levels, res ervoir and lake levels, and soil moisture in order to assess drought and water supply conditions (see Chapter 3).

These physical indicators and climate indices must then be combined with socioeconomic indicators in order to predict human impact. Socioeconomic indicators include market data—for example, grain prices and the changing terms of trade between staple grains and livestock as an indicator of purchasing power in many rural communities—and other measures of coping strategies. Poor people usually employ a sequence of strategies in response to drought. Early coping strategies rarely cause any lasting damage and are reversible. In many poor rural communities, examples of early coping strategies include the migration of household members to look for work, searching for wild foods, and selling nonproductive assets. If the impact of the drought intensifies, these early strategies become unviable and people are forced to adopt more damaging coping strategies, such as selling large numbers of livestock or choosing to go hungry in order to preserve some productive assets. Once all options are exhausted, people are faced with destitution and resort to crisis strategies such as mass migration or displacement (Corbett, 1988; Young et al., 2001). Monitoring these coping strategies provides a good indicator of the impact of drought on the local population, although by the time there is evidence of the later stages of coping, it is usually too late to launch a preventative response.

Effective DEWSs are an integral part of efforts worldwide to improve drought preparedness. (Many DEWSs are, in fact, a subset of an early warning system with a broader remit—to warn of other natural disasters and sometimes also conflict and political instability.) Timely and reliable data and information must be the cornerstone of effective drought policies and plans. Monitoring drought presents some unique challenges because of the hazard's distinctive characteristics.

An expert group meeting on early warning systems for drought preparedness, sponsored by the World Meteorological Organization (WMO) and others, recently examined the status, shortcomings, and needs of DEWSs and made recommendations on how these systems can help in achieving a greater level of drought preparedness (Wilhite et al., 2000b). This meeting was organized as part of WMO's contribution to the Conference of the Parties of the U.N. Convention to Combat Desertification (UNCCD). The proceedings of this meeting documented recent efforts in DEWSs in countries such as Brazil, China, Hungary, India, Nigeria, South Africa, and the United States, but also noted the activities of regional drought monitoring centers in eastern and southern Africa and efforts in West Asia and North Africa. Shortcomings of current DEWSs were noted in the following areas:

• Data networks—Inadequate station density, poor data quality of meteorological and hydrological networks, and lack of networks on all major climate and water supply indicators reduce the ability to represent the spatial pattern of these indicators accurately.

• Data sharing—Inadequate data sharing between government agencies and the high cost of data limit the application of data in drought preparedness, mitigation, and response.

• Early warning system products—Data and information products are often too technical and detailed. They are not accessible to busy decision makers who, in turn, may not be trained in the application of this information to decision making.

• Drought forecasts—Unreliable seasonal forecasts and the lack of specificity of information provided by forecasts limit the use of this information by farmers and others.

• Drought monitoring tools—Inadequate indices exist for detecting the early onset and end of drought, although the Standardized Precipitation Index (SPI) was cited as an important new monitoring tool to detect the early emergence of drought.

• Integrated drought/climate monitoring—Drought monitoring systems should be integrated and based on multiple physical and socioeconomic indicators to fully understand drought magnitude, spatial extent, and impacts.

• Delivery systems—Data and information on emerging drought conditions, seasonal forecasts, and other products are often not delivered to users in a timely manner.

• Global early warning system—No historical drought database exists and there is no global drought assessment product that is based on one or two key indicators, which could be helpful to international organizations, nongovernmental organizations (NGOs), and others.

As has now been well documented (see, for example, Buchanan-Smith and Davies, 1995), early warning alone is not enough to improve drought preparedness. The key is whether decision makers listen to the warnings and act on them in time to protect livelihoods before lives are threatened. There are many reasons why this is often the "missing link." For example, risk-averse bureaucrats may be reluctant to respond to predictions, instead waiting for certainty and quantitative evidence. This invariably leads to a late response to hard evidence that the crisis already exists. Who "owns" the early warning information is also critical to how it is used. Does it come from a trusted source, or is it treated with suspicion? Ultimately, sufficient political will must exist to launch a timely response and hence to heed the early warnings (Buchanan-Smith and Davies, 1995).

V. EXAMPLES OF THE INTERACTION OF DROUGHT WITH THE WIDER SOCIAL/POLITICAL CONTEXT

Initially, the southern Africa crisis was presented as a food crisis triggered by drought. But it soon became apparent that the roots of the crisis were much more complex. The declines in rainfall and crop production were not as great as the drought of a decade earlier, yet the food crisis in 2002-2003 seemed to be more serious. The reasons varied from one country to another. Mismanagement and poor governance were key factors in Zimbabwe, Zambia, and Malawi. In Malawi, one manifestation of this was the well-documented mismanagement of strategic grain reserves in the early stages of the food crisis. In Zimbabwe, economic decline had been dramatic, with a 24% decline in gross domestic product (GDP) over 3 years to 2003, rising unemployment, hyperinflation, and shortages of foreign currency with consequent shortages of basic commodities such as cooking oil, maize meal, and fuel (Cosgrave et al., 2004). In both Zimbabwe and Angola, conflict and/or political instability have been significant contributing factors. Generally, there has been a failure of growth in this region in recent years and rising poverty. This has been associated with market failure in the context of market liberalization (Ellis, 2003). In addition, the high prevalence of HIV and AIDS has had a devastating impact at the household level across the region in ways that are only beginning to be understood (see, e.g., De Waal, 2002, on the controversial "new variant famine" theory). According to estimates, 20-25% of working-age adults in the region are now infected with HIV or AIDS.

Thus, the drought of the early 2000s visited a population that was poorer and more vulnerable than it had been 10 years earlier. Although the drought was less severe in meteorological terms, the combined effect of drought plus these other factors meant that the impact was much more devastating. It is probably fair to say that the extent to which vulnerability had increased was not fully appreciated until the food crisis deepened and in-depth studies and analyses were carried out (Cosgrave et al., 2004). Ellis's (2003) study of human vulnerability in southern Africa concludes:

The main policy implication ... is that the contemporary donor-government framework (PRSPS and decentralization) needs substantial re-thinking and strengthening concerning the facilitating institutional context that it manifestly fails to specify, that would give people space to thrive rather than just survive. (p. iii)

Bahr El Ghazal province in South Sudan suffered from a devastating famine in 1998 (Buchanan-Smith, 2003b). The total number of people who died is unknown. What is known is that malnutrition and mortality rates were among the highest ever recorded. The causes of the famine were a combination of drought and conflict. The civil war in South Sudan dates back some 40 years, and this particular province has been subjected to more than a decade of violence and looting. The 3-year drought leading up to 1998, caused by El Niño, further depleted the asset base of an already impoverished population. Coping strategies were severely stretched. However, it was the combination of drought and a number of war-related incidents that created the famine. In 1997, there had been a fundamental shift in the war economy of the region as the Sudan People's Liberation Army (SPLA) made military advances, driving out government troops and causing a collapse in trading relationships between garrisons and the local population, thus depriving the latter of a key source of livelihood. One of the final blows for the urban population in Bahr El Ghazal were the attacks on three garrison towns, causing massive displacement of approximately 130,000 people from towns into rural areas that were already facing acute food insecurity. Just when the food security situation became cataclysmic, the Sudan Government imposed a ban on all relief flights in early February 1998, supposedly for security reasons. When the ban was partially lifted in early March, relief flights were allowed into only four sites, creating a fatal magnet effect on an already highly stressed population. The concentration of people resulted in increased transmission of disease, and rocketing mortality.

The irony of this case is that early warning of a crisis was provided, but it was not acted on until it was too late. The challenge for early warning practitioners was to convince decision makers that "this year was different" as a result of the complex interaction of factors that ultimately created such deadly conditions. Although a number of aid workers warned that 1998 could be the worst year for a decade, by their own admission they did not foresee the speed at which famine would develop (Buchanan-Smith, 2003b). Just as no two droughts are the same, no two famines are the same. Thus, early warning is an art, not a science.

Both the micro and macro contexts are also important in developed countries such as the United States, Canada, and Australia, where recent droughts have resulted in widespread and severe impacts in many sectors. In these instances, greater institutional capacity and resources are available to monitor, prepare for, and respond to drought, but the impacts are still devastating to livelihoods as well as to the environment and social fabric. In the United States, recent droughts have produced far-reaching impacts on many economic sectors while also resulting in serious social hardships, especially in the agricultural community, and significant environmental consequences. Impact estimates for the 2002 drought exceeded $20 billion, although there has not been a systematic assessment conducted at the national level. Average annual losses from drought in the United States have been estimated at $6-8 billion (FEMA, 1995). Government actions often lead to drought relief appropriations in the billions of dollars. Recent droughts have stimulated greater interest in drought preparedness and mitigation by states and also by the federal government as a method to reduce vulnerability and impacts. These drought years have had substantial impacts on agriculture, forest fires, transportation, recreation and tourism, and energy production. In the west and parts of the southeast, population growth has been dramatic in recent years and has furthered the debate on the sustainability of these growth rates in light of the occurrence of consecutive drought years. Water resources are often overappropriated in many parts of the western United States, so the provision of water in support of agriculture and other uses is becoming more contentious for much of this region. 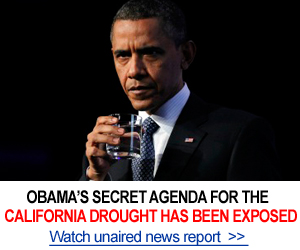 Water Shortage and Drought Response, Natural Disasters Can Cut Off Your Water Supply, Planning for Droughts