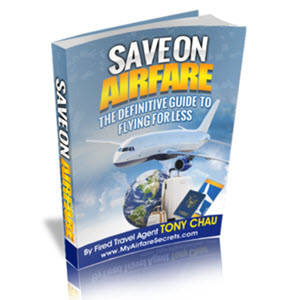 Planes today are not completely full. Airlines are proud if their average fullness is 80%. Easyjet planes are 85% full on average. (Source: thelondonpaper Tuesday 16th January, 2007.) An 80%-full 747 uses about 53kWh per 100 passenger-km.

What about short-haul flights? In 2007, Ryanair, "Europe's greenest airline," delivered transportation at a cost of 37kWh per 100p-km [3exmgv]. This means that flying across Europe with Ryanair has much the same energy cost as having all the passengers drive to their destination in cars, two to a car. (For an indication of what other airlines might be delivering, Ryanair's fuel burn rate in 2000, before their environment-friendly investments, was above 73 kWh per 100 p-km.) London to Rome is 1430 km; London to Malaga is 1735 km. So a round-trip to Rome with the greenest airline has an energy cost of 1050 kWh, and a round-trip to Malaga costs 1270 kWh. If you pop over to Rome and to Malaga once per year, your average power consumption is 6.3 kWh/d with the greenest airline, and perhaps 12 kWh/d with a less green one.

What about frequent flyers? To get a silver frequent flyer card from an intercontinental airline, it seems one must fly around 25 000 miles per year in economy class. That's about 60 kWh per day, if we scale up the opening numbers from this chapter and assume planes are 80% full. Here are some additional figures from the Intergovernmental Panel on Climate Change [yrnmum]: a full 747-400 travelling 10000 km with low-density seating (262 seats) has an energy consumption of 50 kWh per 100 p-km. In a high-density seating configuration (568 seats) and travelling 4000 km, the

35 No redesign of a plane is going to radically improve its efficiency. Actually, the Advisory Council for Aerospace Research in Europe (ACARE) target is for an overall 50% reduction in fuel burned per passenger-km by 2020 (relative to a 2000 baseline), with 15-20% improvement expected in engine efficiency. As of 2006, Rolls Royce is half way to this engine target [36w5gz]. Dennis Bushnell, chief scientist at NASA's Langley Research Center, seems to agree with my overall assessment of prospects for efficiency improvements in aviation. The aviation industry is mature. "There is not much left to gain except by the glacial accretion of a per cent here and there over long time periods." (New Scientist, 24 February 2007, page 33.)

The radically reshaped "Silent Aircraft" [silentaircraft.org/sax40], if it were built, is predicted to be 16% more efficient than a conventional-shaped plane (Nickol, 2008).

If the ACARE target is reached, it's presumably going to be thanks mostly to having fuller planes and better air-traffic management.

Hot-Tips! From Great Low-Cost Airline Tickets To Today's New Travel Rules This Ebook will give you tips and techniques for planning your Discount Travel Plan for your Vacation. There are a TON of things to think about, but this Guide will begin to walk you through the steps.