There are a number of other examples illustrating the way in which services can be provided with reduced material intensity. For instance, let us consider the case of washing machines. Obviously, as a consumer durable, the washing machine might be considered a prime candidate for operational leasing, as described earlier in this chapter. Essentially, service companies would provide, maintain and recondition the machines, and ultimately be responsible for recycling or disposal of the component materials. At the same time, it is legitimate to ask whether or not there is a way of delivering the service (clean clothes) currently provided by domestic washing machines—but with even lower material intensity. As Figure 28 illustrates, the major part of the environmental impact associated with the life-cycle of a washing machine occurs during the use of the machine.18 In these circumstances, it makes no sense to focus exclusively on minimising waste from the production or disposal of the machines themselves.

the washing process. This is clearly one of those situations (identified in Chapter 1) in which certain products (in this case detergents) are routinely dissipated into the environment during use. Several options to reduce the environmental impacts of providing clean clothes present themselves for consideration.19 In the case of dry-cleaning operations, the solvents which are used to clean materials can be separated from the removed soil and recovered for future use—for instance by evaporation and condensation. If the same idea of separating the soil from the removal medium were possible for wet washing—for instance through membrane technology—the hot water and detergent could be recovered, replenished and returned to the washing cycle. The process of replenishment for further use would involve some commercial innovation, however, requiring an interactive involvement between washing-machine suppliers (ideally operating under a leasing arrangement) and detergent suppliers.

Once the soil stream is concentrated there emerges the possibility of recovering the energy content of the soil—for instance, from recovered animal fats. This option would become more viable in the case of a collective washing facility operating within a local community. Again, the possibility of new commercial arrangements is revealed. Clean clothes might be provided by the sale of local laundry services rather than by the sale of washing machines and detergents. The focus of all these potential developments is on the effective provision of service with the minimum material requirements and environmental impacts.

Another sector which gives rise to routine dispersal of chemicals into the environment is the supply of agricultural chemicals. Historically, the chemicals industry has simply fulfilled the role of supplier of agrochemicals: pesticides and fertilisers. Lacking detailed expertise, appropriate scientific knowledge and sophisticated application techniques, farmers have tended to use chemicals widely, inappropriately and in excess. In fact, it has been estimated that the application of herbicides used to control wild oats has traditionally been carried out at rates which are around 1 billion times greater than is necessary to kill the unwanted strains.20

Of course, this profligate use of materials is of financial benefit to the suppliers, but it imposes high costs on the farmer as well as posing a number of environmental concerns. As pesticides come under critical environmental appraisal, there have been attempts to reduce these excessive application rates. For instance the amount of material used per hectare has fallen by about 32 per cent since 1984 as a result of the promotion of more responsible use of pesticides.21 Increasingly the focus of pesticide strategies will be on new application technologies. From the point of view of chemical suppliers, these changes will mean that fewer pesticides are sold. But there are now emerging markets for the chemical companies in the field of selective application techniques and targeted dosage.

Again, these markets amount to a shift in the basis of profitability. Output is determined by a new functional unit of service delivered—for instance, the degree of protection from unwanted crop strains—rather than by the material quantity of chemicals sold. In addition, of course, I should mention here that there are horticultural aspects to the problem of pest control in agriculture. The choice and application of different farming practices (crop rotation, tilling and so on) can also play a substantial part in reducing the demand for chemicals. The emergence of organic farming methods and permaculture represents another avenue for the pursuit of reduced material intensity in food production. Thousands Have Used Chemicals To Improve Their Medical Condition. This Book Is one Of The Most Valuable Resources In The World When It Comes To Chemicals. Not All Chemicals Are Harmful For Your Body – Find Out Those That Helps To Maintain Your Health. 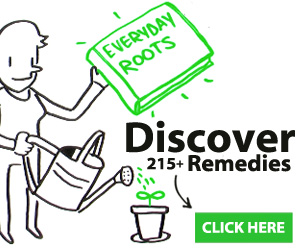 Replace Toxic Products in your home