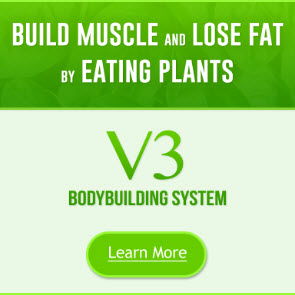 Urochordates are sometimes abundant. There are three planktonic orders; the Larvacea, for example Fritillaria, Oikopleura (Figure 2.14g) Appendicularia; the

Thaliacea, for example Doliolum (Figure 2.14f), Salpa; and the Lucida, for example Pyrosoma. Species of the Larvacea are common all round the British Isles. The Thaliacea and Lucida in this area are mainly associated with the influx of warmer water from the south and west. On occasion, swarms of large salps are reported by divers off the west coast of Scotland, their rubbery bodies filling the surface layers.

Several other phyla, while not featuring prominently in the plankton, are sometimes represented. Small nematodes are occasionally seen in tow-net samples. Marine rotifers are sometimes collected close inshore. In deep water there are species of pelagic nemertines and holothurians.

The identification of zooplankton species is in many cases difficult, requiring detailed examination of minute structures, a considerable knowledge of the systematics of many groups, and access to a comprehensive library of taxonomic literature. The reference work of major importance for identification of North Atlantic zooplankton is the collection of Fiches d'Identification du Zooplankton published by the International Council for the Exploration of the Sea (ICES), Copenhagen (Jesperson and Russel). These 'fiches' are leaflets of line drawings of many planktonic groups with brief descriptions of recognition features, references to taxonomic literature and information on distribution. They are added to and revised from time to time. Several student books which are useful for provisional identification of the commoner planktonts are given in the references at the end of this chapter. The books, in addition to many line drawings, contain general information on plankton sampling, analysis of samples and the distribution of some species. Wimpenny (1966) gives an excellent general account of the plankton around the British Isles and has many clear drawings which are useful guides for identification by students.

The zooplankton includes both vegetarian and carnivorous feeders. The vegetarian forms feed upon phytoplankton, and are often referred to as 'herbivores' or 'grazers' because their position in the food chains of the sea is comparable with that of herbivorous animals on land. These animals have efficient filtration mechanisms for sieving microscopic food dispersed in large volumes of water. The planktonic herbivores are mainly copepods, euphausids, cladocera, mysids, thecosomatous pteropods and the urochordates. The Larvacea secrete peculiar 'houses' which contain an exceptionally fine filter for collection of nanoplankton and ultraplankton. These Urochordates are an important food for certain fish, especially in their young stages (see page 337), and thus form a significant link between the smallest plankton and the larger metazoa (Alldredge, 1977).

Planktonic carnivores include medusae, ctenophores, chaetognaths, polychaetes, hyperiid amphipods and gymnosomatous pteropods. Feeding habits differ between quite closely related forms; for example, although the majority of copepods feed chiefly on phytoplankton, some are carnivorous, particularly those that live at deep levels, and some of the common copepods of British coastal waters appear to be omnivorous. The euphausids are also predominantly vegetarian but there are carnivorous and omnivorous species. Some animals are highly specialized in their food requirements; e.g. Clione limacina apparently feeds only on species of the pteropod, Spiratella. In many cases, food requirements change with age. The majority of invertebrate larvae at first rely mainly upon phytoplankton for their food but become omnivorous or carnivorous later. Many fish larvae are at first omnivorous, but later take only animal food.

The Reasons Behind And The Plan To Build A Healthy Ego. It is important for us all to ensure that our egos are strong and healthy. Our ego is our identity. It is who we believe ourselves to be and as such is a reference point and our “home in the world.” The ego is individuality. As our identity it sets us apart from other people’s identity. Get your ego in order here.