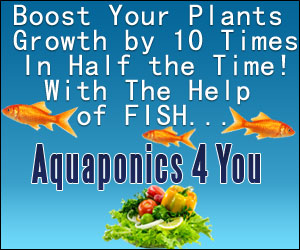 When I was a boy, we often had Lake Erie perch fried up for dinner. To me it is not a fabulous-tasting fish, but it made a hearty meal. Apparently we were not the only family eating the yellow perch. It got overexploited, and perch populations plummeted in the early 1990s. Because restrictions were then placed on the fishing industry and sportfishers, perch populations are on the rebound in Lake Erie. Oddly enough, the perch also like to feed on the invasive round gobies, so they have an abundant food supply, at least for now.

When my students and I discuss the problems of feeding our growing human population, they often suggest that we need not worry about it too much, because there is an entire ocean of food for us that has largely been unex-ploited. They are usually surprised to learn that like the perch of Lake Erie, ocean fish and other food sources are already exploited to near maximum levels, and have been for some time.

Overfishing can have profound long-term effects threatening the viability of many species of fish, as well as those animals who eat the fish. A team led by Jeremy Jackson of the Scripps Institution of Oceanography combined paleontological and archaeological data with historical and ecological records to document the processes involved.10 They could see evidence of impacts on local ecosystems whenever humans showed up, similar in many ways to those we have seen among mammals and birds. The ecological consequences of overfishing in the Americas were largely associated with European expansion (i.e., population growth), but smaller effects such as the decline of the sea otter along the Northwest Coast of the United States appeared to have causes thousands of years old. The Native Americans were not in harmony with aquatic nature.

Jackson and his colleagues make the point that overfishing has been more destructive to the ecosystems than pollution, invasive species, habitat destruction, and so on, because it is evident that the ecological disruption from overfishing preceded such modern maladies. It is not that such impacts are unimportant now, but rather that once again the long-term growth of the human population can take partial blame for the overexploitation of nature.

Large mammals who rely on fish are in competition with humans for food, and have now largely abandoned coastal regions worldwide. The effects of overexploitation also directly affect marine ecosystems. People tend to take the larger fish at the top of the food chain, so the initial effect is a decline in their populations, sometimes past the point of survivability. Once one species is gone, other similar predators become the target of overfishing. The big fish eat the little fish, so a decline in the number of aquatic predators leads to a burgeoning of the populations at lower trophic levels. These populations then become more dense and are more subject to outbreaks and the rapid spread of diseases.

The increase of low-level feeders such as oysters produced a lag effect of as much as two hundred years in Chesapeake Bay, showing the long-term consequences of disrupting ecosystems. The oyster populations of the bay, already substantial due to the reduction of their natural predators by fishing long ago, fed off the increased phytoplankton that grew from the increase in nutrients from agricultural runoff. The candy of eutrophication was great for the oysters, until they too were decimated by human harvesters. And as a final touch of disruption, the weakened ecosystems became prey to invasive species who found few competitors and open niches in the food chain.

Okay, so why not farm the oceans the way we do the land? True, we would have to take over a few natural ecosystems, but it would be more efficient than catching and disrupting wild populations. Or would it? It turns out that if "aquaculture" is practiced responsibly, it can compensate for the decline in fish available to be caught in the wild. Indeed, the contribution of farmed fish to the worldwide consumption of seafood doubled in the decade between 1987 and 1997. But ecosystem disruption is still a part of the game, just as in land-based agriculture.11

In ecology there is a strange term called "TANSTAAFL." It stands for the old adage "There ain't no such thing as a free lunch." It applies to our hopes for getting enough protein out of aquaculture to supply our substantial human population. Here's why: the farmed fish have to have something to eat too. Their food sources ultimately come from the phytoplankton in the ocean, and thus reduce the food available for wild coastal populations. Seaweed is brought in from elsewhere as well. Some farmed fish are fed smaller fish. Where do we get them? Largely from wild populations. And the Eltonian pyramid still applies: "Many intensive and semi-intensive aquaculture systems use 2-5 times more fish protein, in the form of fish meal, to feed the farmed species than is supplied by the farmed product."12

The habitat conversion is not inconsequential either. Aquaculture is practiced along coastlines and takes over many of the natural spawning grounds of fish that live farther out at sea. Coastal wetlands also serve to protect the coasts from erosion and floods, and aquaculture impairs their ability to do so. And of course, as noted earlier, the farmed fishes are often genetically different from the wild species or are not native to the waters of the farm sites, and have a tendency to escape on occasion.13

So why not go farther out to sea to harvest the riches of the waters that cover most of the earth? Well, it turns out not to be so rich out there. Ecologist Paul Colinvaux refers to the ocean as a "desert," for life is spread quite sparsely throughout it, excepting along the coastlines. As Colinvaux put it, "When people enter the sea in quest of food, they harvest the produce of a desert, which means they cannot get much, however large the desert may be."14