The role of energy in international law

Although public international law has existed for many centuries, it is only since the 1970s that it has concerned itself with energy issues. Traditionally the legal

regulation of energy issues has been regarded as a matter of domestic, rather than international law, and a matter that is exclusively for the States to resolve on an individual basis. This traditional approach has changed for a variety of reasons, largely involving international trade. First and foremost, there has been an exponential leap in the quantum of energy use worldwide, particularly in developed countries, since the end of the Second World War. This has led to increased energy trade and increased reliance in many countries on energy imports, particularly petroleum products, which in turn has led to heightened energy security concerns. These concerns were brought to world attention by the Arab oil embargo in 1973 and the subsequent oil price increases in 1979 and 1981. Although the only direct legal consequence flowing from the Organisation of Petroleum Exporting Countries' (OPEC) stranglehold on petroleum exports was the agreement to create a strategic petroleum reserve, to guard against future world export problems, the OPEC ascendancy in the 1970s was responsible for highlighting energy security concerns worldwide and caused many countries to rethink their energy strategies.5

The development of free trade principles under the GATT6 and the creation of regional and bilateral free trade agreements also have significant implications for international energy markets. In relation to regional energy markets, the European Union is creating an internal energy market and a corresponding harmonisation of the energy laws of the member nations. The North American Free Trade Agreement (NAFTA),7 which is now as far-reaching in this regard as the European Union's single energy market, entails a restriction on the sovereign rights of individual members to enact energy laws inconsistent with the freedom to trade across borders in the energy field.

The use of the high seas in modern times for energy production and transportation has also shown the increasing relevance of public international law to the energy field. Energy transportation of fossil fuels is largely the domain of large ocean-going tankers, some of which have foundered, causing severe environmental damage to adjacent coastal States.8 This has led to the introduction

of the 1973 MARPOL Convention9 and the 1982 UN Convention on the Law of the Sea,10 which redefine the legal relationship between the coastal and port States, on the one hand, and the flag State, on the other hand. The effect of these conventions is to increase significantly the obligations of the flag States in relation to the protection of the seas.11 The high seas are also used increasingly for energy exploration and production, particularly offshore oil and gas. This has given rise to significant developments in international law relating to boundary disputes,12 pipelines and artificial islands, and the abandonment of offshore installations.13

The major hallmark of environmental law in recent times is that of sustainable development. This phrase was developed by the World Commission on

9 International Convention for the Prevention of Pollution by Ships (MARPOL) (London), 12ILM1319 (1973) (in force 2 October 1983). Note that this Convention was amended by the Protocol Relating to the Convention for the Prevention of Pollution from Ships (MARPOL), 17 ILM 546 (1978) before coming into force. See A Griffin, 'MARPOL 73/78 and Vessel Pollution: A Glass Half Full or Half Empty' (1994) 1 Ind J Global Legal Studies 419; G Peet, 'The MARPOL Convention: Implementation and Effectiveness' (1992) 7 Int J Estuarine and Coastal Law 277.

12 There have been numerous sea boundary disputes in recent times resolved either by agreement or by arbitration. These include the Gulf of Maine (United States and Canada), the English Channel (United Kingdom and France), the Gulf of St Lawrence (Canada and France), the North Sea (Germany, the Netherlands and Denmark) and the Oder Bight (Germany and Poland). Disputes still unresolved include the Timor Sea (Australia and East Timor) and the Spratly Islands (the Philippines, Vietnam and China). For a discussion of this area of law, see E D Brown, Sea-Bed Energy and Minerals: The InternationalLegalRegime, Martinus Nijhoff, Dordrecht, 1992, Vol 1, 'The Continental Shelf.

15 This area of international law is discussed in J Setear, 'Ozone, Iteration and International Law' (2000) 40 Va J Int L 193; L Thorns, 'Comparative Analysis of International Regimes on Ozone and Climate Change With Implications for Regime Design' (2003) 41 Columbia J Transnational L 795; T C Faries, 'Clearing the Air: An Examination of International Law on the Protection of the Ozone Layer' (1990) 28 Alberta L Rev 818; Birnie and Boyle, International Law and the Environment, (2nd edn 2002), at 517-23; A Enders and APorges, 'Successful Conventions and the Conventional Success: Saving the Ozone Layer', in K Anderson and RBlackhurse (eds), The Greening of World Trade Issues (1992), at 131; D Doolittle, 'Understanding the Ozone Depletion: The Meandering Road to the Montreal Protocol and Beyond' (1989) 16 Ecology LQ 408.

Environment and Development in its 1987 report, Our Common Future.17 This report was the culmination of international research and investigation into the state of the global environment. The 21-member Commission, chaired by Norwegian Prime Minister, Gro Harlem Brundtland, heard evidence from public meetings held on all five continents over 3 years. The Report included environmental strategies for achieving sustainable development by the year 2000 and beyond, and was hailed by the United Nations Environment Programme as the most important document of the decade.

The Brundtland Report defined ecologically sustainable development as 'development which meets the needs of present generations without compromising the ability of future generations to meet their needs'. Various other definitions have been offered in national and state legislation. One of the most comprehensive is that in the Aquaculture Act 2001 (SA), s 4:

(1) Development is 'ecologically sustainable' if it is managed to ensure that communities provide for their economic, social and physical well-being while -

(a) natural and physical resources are maintained to meet the reasonably foreseeable needs of future generations; and

(b) biological diversity and ecological processes and systems are protected; and

(c) adverse effects on the environment are avoided, remedied or mitigated.

(a) long-term and short-term economic, environmental, social and equity considerations should be effectively integrated; and

The majority of the legal instruments relating to environmental aspects of energy law have been developed since 1987 and represent the application of sustainable development principles. Some of the earlier instruments, however, predate the Brundtland Report. We will now consider the most important of these energy-related instruments in chronological sequence, dealing first with relevant conventions and then with non-binding, 'soft law' declarations. First, however, we must examine whether customary international law has a role to play in this area. 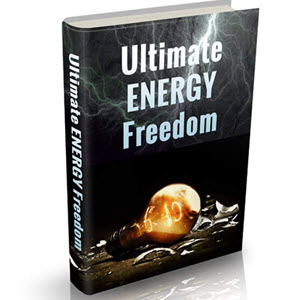