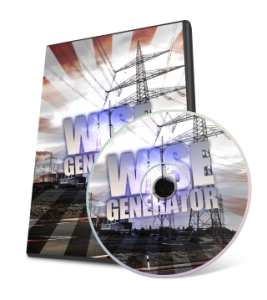 1. The first steam engines were used for pumping water from mines, an application where horses had previously been used. This enabled a direct comparison to be made. Ever since then power has been measured in terms of horsepower or a metric equivalent.

2. This particular conversion process was first analysed in detail by the French engineer, Sadi Carnot. The maximum efficiency of an idealized heat engine operating between two infinite reservoirs is a function only of the temperature difference between the two reservoirs. Real (non-ideal) engines are necessarily less efficient than the Carnot limit. Carnot's work was the real basis of modern thermodynamics.

4. Obviously a lot of jobs, such as plowing and caring for animals, involved plenty of muscular effort as well as some brainpower. Our division is admittedly arbitrary. However, it is fairly clear that a modest revision of our argument would not make much difference overall.

9. That motors can be 80 or 90 percent efficient does not mean that they are in practice. Studies of individual plants have discovered that efficiencies tend to be much lower -more like 60 percent (and as low as 30 percent in extreme cases) (Lovins 1977).

10. Btu refers to British thermal units, a measure still widely used in industry and government. For instance, the most common measure of energy in US statistics is the 'quad', which is defined as 1015 Btus. The more usual metric unit of energy is kiloJoules (kJ) and 1 Btu = 1.055 kJ. One kilowatt hour (kWh) of electric energy is equivalent to 3600 kJ or 3412 Btu. The conversion efficiency is the ratio of output to input, in consistent units. Thus 3412 Btu divided by 90 000 Btu corresponds to an efficiency of about 3.6 percent.

11. The 'rebound effect' has recently preoccupied energy conservation advocates. The point is that efficiency gains do not yield reductions in energy use if cost/price reductions result in demand increases that overcompensate for the efficiency gains. This phenomenon can undermine attempts to achieve conservation through higher efficiency (Saunders 1992; Brookes 1979, 1990, 1992, 1993; Khazzoom 1980, 1987; Herring 1996, 1999; Lovins 1977).

13. Turbo-chargers were not considered by the APS study because they were rare at the time. Their principal advantage is to increase passing power at high rpms, rather than to improve fuel economy per se. However since a turbo-charged 100 hp engine may have the same performance at high rpm as a non-turbo-charged 150 hp engine, the net result could be a reduction in the size of engine needed to achieve a given performance level. This would improve low-speed fleet average fuel economy somewhat. Again, hp is the standard unit for automotive power in America, and (surprisingly) it is also used in Europe.

14. In 1972 US passenger vehicles averaged 13.5 mpg (United States Department of Energy annual), which - based on 8 percent thermodynamic efficiency - suggests that an idealized vehicle of the same size and weight capable of converting fuel exergy into work at 100 percent efficiency would have achieved a fuel rate of 165 mpg. (The European measure of fuel economy, liters per 100 km, is unfamiliar to Americans, and vice versa. However, the American unit is proportional to efficiency, whereas the European version is inversely proportional.)

17. The Pollution Prevention Division of the USEPA prepared a graphical diskette document in 1990 entitled 'United States Energy System' using 1989 data. It defined 'useful work' as energy (exergy) dissipated in the brakes of the vehicles (1.6 Q). Fuel input to highway transportation was 19 Q. This corresponds to just 8.3 percent efficiency. The rest of the input energy went to idling in traffic jams (3Q), waste heat out of the tailpipe (9.5 Q), engine friction and parasitic accessories (2.4 Q), driveline friction (0.5 Q), and overcoming aerodynamic drag (1.6 Q).

19. As noted above, aluminum smelting is an electrolytic process (as are copper refining and chlor-alkali production).

20. Much the same argument can be made about the agricultural and food-processing sectors, which currently generate large amounts of combustible organic wastes, such as bagasse from sugar cane production, while consuming equally large amounts of fossil fuels (in other locations) for direct heat. There is considerable interest now in gasifying these wastes and using them as fuel for small gas turbines to generate electric power (Williams et al. 1992).

21. The increased drill speeds are very evident in dentists' offices.

23. The efficiency of light production is not the whole story, of course. Much more can also be done to increase end-use efficiency by distributing light where it is needed. A 15 W light focused directly on the page of a book is as effective as a 100 W light several feet away without a reflector. We have no data on the absolute efficiency with which electric light is currently being utilized. However, it is clear that further gains can be achieved by optimum placement of lighting, better use of reflective surfaces and, incidentally, by automatic controls that turn off lights when people leave the room.

24. According to a study published in 1952, diesel engines can perform ten times as much work as steam engines in switching operations, five times as much in freight service and three times as much in passenger service (Ayres and Scarlott 1952, p. 311). The overall gain might have been about a factor of five.

How recyclable trash can save the world and bank us huge profits! Get All The Support And Guidance You Need To Be A Success At Recycling! This Book Is One Of The Most Valuable Resources In The World When It Comes To How To Make Profits With Trash!