An example of a climate facade building is the office development at 88 Wood Street in the City of London by the Richard Rogers Partnership (RRP). The requirement was for floor to ceiling glazing which can create a problem of solar gain which is exacerbated by the heat from computers and, in this case, a high services loading. The facade developed by RRP and Ove Arup and Partners consists of a double glazed external skin made up of some of the world's largest double glazed units measuring 3 m X 3.25 m and weighing 800 kg. Then there is a 140 mm gap and a third inner leaf of glass with openable units which completes the facade. Within the cavity are venetian blinds with perforated slats to control sunlight. The aesthetic appeal of the structure is enhanced by the use of extra white glass or 'Diamond White' glass by the manufacturers Saint Gobain.

Air from the offices is drawn into the main perimeter extract ducts within the cavity via plenum ducts within a suspended ceiling and then expelled at roof level. Photocells on the roof monitor light conditions and control the venetian blinds to one of three positions according to the level of glare. When the blinds are closed they act as a heat sink whilst the perforations admit a measure of natural light. The result is that there are substantial savings in the energy normally needed to cool such spaces. There is also a high rate of air change in the building at double the average for a typical office block (Figures 11.1 and 11.2).

Another building with an active facade is Portcullis House, the adjunct to the Houses of Parliament by Michael Hopkins and Partners. Windows are triple glazed with mid-pane retractable blinds designed to absorb solar gain. The outer double glazed element is Low E glass with argon gas. The cavity is ventilated by room extract air, and, at the same time, it acts as a solar collector. The result is a summer solar heat gain of less than 25 W/m2 across a 4.5 m deep room.

The glazing incorporates a light shelf to maintain daylight levels when solar shading is active. The shelf has a corrugated reflective

Sections through the facade of 88 Wood Street

A sealed facade does not mean the individual user has no control over ventilation. There are manual trim controls over air supply, volume, radiator output, blinds, artificial lights and a daylight dimming override.

This is an outstanding example of a building that minimises reliance on services engineering. It is claimed that the integrated approach to the design has resulted in simplified engineering solutions and a considerable saving in energy as against a standard naturally ventilated building.

Another kind of active facade is one which incorporates solar cells. Commercial buildings have perhaps the greatest potential with PV cells integrated into their glazing as well as being roof mounted. Even at the present state of the technology, Ove Arup and Partners estimate that one third of the electricity needed to run an office complex could come from PVs with only a 2 per cent addition to the building cost. The main advantage of commercial application is that offices use most of their energy during daylight hours. The case study of the ZICER building in the University of East Anglia will serve as an example (Chapter 18).

One of the challenges of the next decades will be to retrofit buildings with PVs. In the UK a pioneer scheme is the Northumberland Building for the University of Northumbria in Newcastle where cells have been applied to the spandrels beneath the continuous windows.

To date it has achieved an average daily output of 150 kWh. Based on this figure it is expected that the cost of the PVs will be paid back in three years thanks to a substantial subsidy. After this it will continue to produce electricity free of cost for about 20 years. It is estimated that the annual saving in CO2 emissions from this building alone will be of the order of 6 tonnes.

Currently the Co-Operative Headquarters building in Manchester is retro-fitting PVs to the south elevation of its circulation tower as part of a refurbishment programme.

Given the abundance of information and advice available, designers should now be able to grasp the opportunities offered by such technologies which also allow exploration of a range of new aesthetic options for the building envelope.

This will increasingly be a preferred option as the cost of fossil fuel rises under the twin pressures of diminishing reserves and the need to curb CO2 emissions. The Solar Offices of Doxford International by Studio E Architects located near Sunderland is a pioneer example of this tactic in the UK. This is a speculative office development which offers the advantage of much reduced power consumption of 85 kWh/m2/year as against the normal air conditioned office of up to 500 kWh/m2/year. The 73 kW (peak) array of over 400 000 photovoltaic cells on the facade produces 55 100 kWh per annum which represents one third to one quarter of the total anticipated electrical consumption (Figures 11.4 and 11.5).

The Doxford Office is modest compared with the German government In-service Training Centre called Mont Cenis at Herne Sodingen in the Ruhr.

After the demise of heavy industry the Ruhr became a heavily polluted wasteland which prompted the government of North-Rhine Westphalia to embark on an extensive regeneration programme covering 800 square kilometres.

The building is, in effect, a giant canopy encompassing a variety of buildings and providing them with a Mediterranean climate. At 168 m long and 16 m high the form and scale of the building has echoes of the huge manufacturing sheds of former times. A timber structural frame of rough hewn pine columns is a kind of reincarnation of the forests from which they originated.

The structure encloses two three-storey buildings either side of an internal street running the length of the building (Figure 11.7). Their concrete structure provides substantial thermal mass, balancing out

Mount Cenis ground floor plan both diurnal and seasonal temperature fluctuations. Landscaped spaces provide social areas which can be used all year in a climate akin to the Côte d'Azur. Sections of the facade can be opened in summer to provide cross-ventilation.

The building is designed to be self-sufficient in energy. The roof and facade incorporate 10 000 m2 of PV cells integrated with glazed panels. Two types of solar module were employed: monocrystalline cells with a peak efficiency of 16 per cent and lower density polycrystalline cells at 12.5 per cent. These provide a peak output of 1 megawatt. Six hundred converters change the current from DC to AC to make it compatible with the grid. A 1.2 MW battery plant stores power from the PVs, balancing output fluctuations. The power generated greatly exceeds the needs of the building at 750 000 kWh per year. German policy on renewables makes exporting to the grid a profitable proposition.

This is not the only source of energy generation. The former mines in the area release more than one million cubic metres of methane which is used to provide both heat and power. Capturing the gas in this way results in a reduction of carbon dioxide emissions of 12 000 tonnes.

This complex is an outstanding example of an alliance between green technology and aesthetics. The architects, Jourda and Perraudin, Paris, designed the distribution of PV panels to reflect the arbitrary distribution of clouds by means of six different types of module with different densities creating subtle variations to the play of light within the interior. It all adds up to an enchanting environment of spaciousness, light and shade. At the same time it affords a graphic reminder that regenerated industrial landscapes do not have to be populated by featureless utilitarian sheds.

Floors and ceilings The undersides of floors have a crucial role to play in determining the effective thermal mass of a structure. Traditionally concrete plank or slab floors had ceilings suspended below them to house services. Now there are increasing examples of the system being reversed with the floor above the slab raised to provide space for ducts and other services. The soffit of the concrete floor is free of finishes, the purpose being to improve the effectiveness of the thermal mass and radiate stored heat in colder temperatures and 'cooling' in hot conditions. In summer, night air is passed through ducts to cool the slab, which then, during the day, radiates cooling into the workplace. Such thermal mass features are sometimes called 'thermal flywheels' or dampeners since they flatten the peaks and troughs of temperature.

One of the most aesthetically and environmentally suitable methods of achieving radiative thermal mass is by barrel vaults, as employed in Portcullis House (Figure 11.8) and Wessex Water Operational Centre near Bath by Bennetts Associates. It is important that the slabs are not carried through to the facade in order to avoid a major thermal bridge. To recapitulate, a thermal bridge is a route whereby cold is able to bypass wall insulation.

A proprietory deck system which incorporates ducts to transport both warm and cool air is Termodeck from Sweden. This was used in the Elizabeth Fry Building in the University of East Anglia to good effect. Air is passed through the ducts at low velocity with stale air drawn into grilles over light fittings and then its heat extracted in a heat recovery unit before being expelled to the open air. There is no recirculation of air, yet this is one of the most energy efficient buildings of the 1990s due to very high levels of insulation and air tightness. For further information see Smith and Pitts, Concepts in Practice - Energy, Batsford, 1999.

Whilst the popular way to moderate the peaks and troughs of external temperature as it affects building interiors is to exploit thermal mass, there is an alternative which is to use a phase change material on internal

Vaulted floors with exposed soffits, Portcullis House surfaces. A system is now on the market which enables lightweight structures to enjoy the benefits of thermal mass. It is based on paraffin wax which is a phase change material. The wax is micro-encapsulated within gypsum plaster. The wax stores heat up to its melting point. This can be adjusted to a range of temperatures according to the requirements of the material that supports it. As the wax stores heat its temperature does not rise until it reaches melting point which is its maximum storage capacity.

Night-time cooling causes the wax to solidify and release the stored heat to warm the interior space. This makes the system particularly suitable for offices which are vacant at night and which can be vented to the outside.

The wax is encapsulated within minute plastic balls to form microcapsules in powder form which is mixed with plaster in a ratio of between 1 : 5 and 2:5 by weight. The mix is sprayed to walls. It is claimed that a plaster coating of 6 mm has the same absorbent capacity as a 225 mm masonry wall.

In an office context this material is ideal for facing internal partitions, reducing or even eliminating the need for mechanical ventilation. Up to spring 2004 ten buildings have been equipped with the system which was developed by the Fraunhofer Institute for Solar Energy Systems in Freiburg (e-mail: [email protected]).

Greener Homes for You

Get All The Support And Guidance You Need To Be A Success At Living Green. This Book Is One Of The Most Valuable Resources In The World When It Comes To Great Tips on Buying, Designing and Building an Eco-friendly Home. 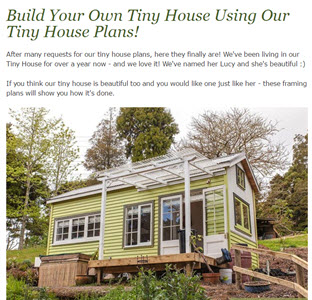