Game Theory Shows You Have To Be Optimistic

How To Unleash Your Most Awesome Self 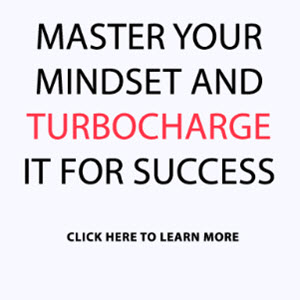 Staying ahead of those changes is the best way to play the market. If you choose a stock fund, you might want to leave the job of picking it in the hands of someone else, the manager of that fund, a smart professional—smart, because there are stupid money managers, too—who tracks the record of the best and the worst performing companies for you to see each day or each week or two. You also have to find out which stock sectors will stay strong and which ones will ease, or are already showing signs of cooling off. If you diversify, some of your funds will be better than others, but you probably won't be losing a whole lot, because you'll be cushioned from a hard landing.

I learned a long time ago that if you want to succeed, the best approach is to learn from the best, past and present. Jack Welch, the former chief executive of General Electric, is such a person. He once told a story about his hard-driven mother that should be a lesson to us all. "We'd sit [to gether] for hours and talk," Welch told writer Janet Lowe in her book Jack Welch Speaks. "I was very close to her. She was a dominant mother. She always felt I could do anything. It was my mother who trained me, taught me the facts of life. She wanted me to be independent, to control my destiny—she always had that idea . . . no mincing words. Whenever I got out of line, she would whack me one. But [she was] always positive, always constructive, always uplifting. And I was just nuts about her."6

It's the same advice I'd like to give to anyone, especially those trying to invest in the hot energy markets. You've got to take advantage of opportunities that come along. Doing that requires having a positive attitude, a go-getter attitude, a winner's state of mind, and you've got to take action at the right time, even within minutes. Think fast and be decisive. These aren't empty phrases; they've worked for me time and again.

Dr. Christopher Hart, a leading psychologist in Nairobi who has studied what makes optimists achieve their goals, says that when it comes to choices you make in life, you are really the one in control. If it feels to you like everyone is out to get you, then you've actually chosen to see things that way. You could just as well have decided to be in charge of your destiny, Dr. Hart said in a recent essay published in Nairobi's Sunday Nation newspaper. Things somehow seem to work out for optimists, and not because optimists don't work hard; quite the opposite. They work pretty hard just like the rest of us, and to have that kind of attitude is a tough job in itself—an attitude that makes things work out for you.7

I know you are now asking, "Oh, how could that be?" Well, the truth is that optimists achieve more because they are more persistent and more resilient. When you are assured of victory at the end, nothing in between can stop you. That's the nature of the human spirit. There are unlimited reservoirs of strength, determination, and stamina in us. We just need to tap them, and there's no better way to do that than to stay positive.

Optimists tend to see a silver lining in every bad situation. Where pessimists think things will go wrong, optimists think the problems are manageable, so they stay in control rather than melt under pressure. One might say optimism is a self-fulfilling prophesy because if you think life will get better, that's generally the way it turns out. And there's another scientific explanation for thinking positive, rooted in game theory. Game theory, which is based on rational and positive thinking, is the study of the ways in which strategic interactions among rational players produce outcomes with respect to the preferences (or utilities) of those players, none of which might have been intended by any of them.

I'm not much of a scholar. However, in order to understand how game theory can help us in deciding whether and how to make certain investments, here's how Don Ross, a real scholar, an economic philosopher holding joint appointments at the University of Alabama and the University of Cape Town in South Africa, explains it in "Game Theory" in The Stanford Encyclopedia of Philosophy.

Game-theoretic insights can be found among philosophers and political commentators going back to ancient times. For example, Plato, in the Republic, at one point has Socrates worry about the following situation. Consider a soldier at the front, waiting with his comrades to repulse an enemy attack. It may occur to him that if the defense is likely to be successful, then it isn't very probable that his own personal contribution will be essential. But if he stays, he runs the risk of being killed or wounded—apparently for no point. On the other hand, if the enemy is going to win the battle, then his chances of death or injury are higher still, and now quite clearly to no point, since the line will be overwhelmed anyway.

But if they think they can win without the need of any particular individual's contributions, the less reason they have to stay and fight. If each soldier anticipates this sort of reasoning on the part of the others, all will quickly reason themselves into a panic, and their horrified commander will have a rout on his hands before the enemy has even fired a shot!8

Game theory works best between two armies that follow the argument and come to different conclusions, one giving up the fight for the other to win. Long before game theory came along to show people how to think about this sort of problem systematically, it had occurred to some actual military leaders and influenced their strategies. Thus Ross, in his explanation of game theory, gives the example of the Spanish conqueror Hernado Cortez when landing in Mexico with a small force. Cortez's men had good reason to fear their ability to repel attack from the far more numerous Aztecs, but Cortez removed the risk that his troops might retreat by burning the ships on which they had landed. Ross adds:

With retreat having thus been rendered physically impossible, the Spanish soldiers had no better course of action but to stand and fight—and, furthermore, to fight with as much determination as they could muster. Better still, from Cortez's point of view, his action had a discouraging effect on the motivation of the Aztecs. He took care to burn his ships very visibly, so that the Aztecs would be sure to see what he had done. They then reasoned as follows: Any commander who could be so confident as to willfully destroy his own option to be prudent if the battle went badly for him must have good reasons for such extreme optimism. It cannot be wise to attack an opponent who has a good reason (whatever, exactly, it might be) for being sure that he can't lose. The Aztecs, therefore, retreated into the surrounding hills, and Cortez had his victory bloodlessly.

This situation, as imagined by Plato and as vividly acted upon by Cortez, has a deep and interesting logic. Notice that the soldiers are not motivated to retreat just, or even mainly, by their rational assessment of the dangers of battle and by their self-interest. Rather, they discover a sound reason to run away by realizing that what it makes sense for them to do depends on what it will make sense for others to do, and that all of the others can notice this too. Even a quite brave soldier may prefer to run rather than heroically, but pointlessly, die trying to stem the oncoming tide all by himself. Thus we could imagine, without contradiction, a circumstance in which an army, all of whose members are brave, flees at top speed before the enemy makes a move. If the soldiers really are brave, then this surely isn't the outcome any of them wanted; each would have preferred that all stand and fight.

What we have here, then, is a case in which the interaction of many individually rational decision-making processes—one process per soldier—produces an outcome intended by no one. Most armies try to avoid this problem just as Cortez did. Since they can't usually make retreat physically impossible, they make it economically impossible: they shoot deserters. Then standing and fighting is each soldier's individually rational course of action after all, because the cost of running is sure to be at least as high as the cost of staying.9

It's not clear, however, that Cortez was conscious of game theory. As Lewis Lord says, Cortez believed deeply that "fortune always favors the bold," and as one of his officers said later, his intent was "to inspire fear and terror."10 Still, we can see that he used game theory with a fantastic outcome even without his knowledge.

Learning How To Be An Internet Idol And Using Affirmations Can Have Amazing Benefits For Your Life And Success! Utilizing affirmations and some tools is a way to restrict criticism of yourself and other people. Affirmations help you in training your brain to be more about final results and to a lesser extent about quibbling. How we talk to ourselves really does regulate the type of energy we vibrate and what that draws into our life experiences.