Options For A Hydrogen Infrastructure

Energy companies could manufacture and distribute hydrogen fuel in many ways. In the near term, the most likely option is extracting hydrogen from natural gas, either in centralized reformers that supply fueling stations by delivery truck or in smaller on-site reformers located at the stations. The fueling stations could also use electricity from the power grid to make hydrogen by electrolyzing water. All these options, however, would produce greenhouse gas emissions (assuming that fossil fuels are used to make the electricity).

In the long term, policymakers should encourage cleaner methods. Advanced power plants could extract hydrogen from coal and bury the carbon dioxide deep underground. Wind turbines and other renewable energy sources could provide the power for electrolysis. And high-temperature steam from nuclear reactors could generate hydrogen through the thermochemical splitting of water.

What is more, hydrogen fuel can be made without adding any greenhouse gases to the atmosphere. For example, the power needed to produce hydrogen from electrolysis—using electricity to split water into hydrogen and oxygen—can come from renewable energy sources such as solar cells, wind turbines, hydroelectric plants and geothermal facilities. Alternatively, hydrogen can be extracted from fossil fuels such as natural gas and coal, and the carbon by-products can be captured and sequestered underground.

Before a hydrogen-fueled future can become a reality, however, many complex challenges must be overcome. Carmakers must learn to manufacture new types of vehicles, and consumers must find them attractive enough to buy. Energy companies must adopt cleaner techniques for producing hydrogen and build a new fuel infrastructure that will eventually replace the existing systems for refining and distributing gasoline. Hydrogen will not fix all our problems tomorrow; in fact, it could be decades before it starts to reduce greenhouse gas emissions and oil use on a global scale. It is important to recognize that a hydrogen transition will be a marathon, not a sprint.

The Fuel-Cell Future over the past decade, 17 countries have announced national programs to develop hydrogen energy, committing billions of dollars in public funds. In North America more than 30 U.S. states and several Canadian provinces are developing similar plans. Most major car companies are demon-

strating prototype hydrogen vehicles and investing hundreds of millions of dollars into R&D efforts. Honda, Toyota and General Motors have announced plans to commercialize fuel-cell vehicles sometime between 2010 and 2020. Automakers and energy companies such as Shell, Chevron and BP are working with governments to introduce the first fleets of hydrogen vehicles, along with small refueling networks in California, the northeastern U.S., Europe and China.

The surge of interest in hydrogen stems not only from its long-term environmental benefits but also from its potential to stimulate innovation. Auto manufacturers have embraced fuel-cell cars because they promise to become a superior consumer product. The technology offers quiet operation, rapid acceleration and low maintenance costs. Replacing internal-combustion engines with fuel cells and electric motors eliminates the need for many mechanical and hydraulic subsystems; this change gives automakers more flexibility in designing these cars and the ability to manufacture them more efficiently. What is more, fuel-cell vehicles could provide their owners with a mobile source of electricity that might be used for rec reational or business purposes. During periods of peak power usage, when electricity is most expensive, fuel-cell cars could also act as distributed generators, providing relatively cheap supplemental power for offices or homes while parked nearby.

Automakers, however, must address several technical and cost issues to make fuel-cell cars more appealing to consumers. A key component of the automotive fuel cell is the proton-exchange membrane (PEM), which separates the hydrogen fuel from the oxygen. On one side of the membrane, a catalyst splits the hydrogen atoms into protons and electrons; then the protons cross the membrane and combine with oxygen atoms on the other side. Manufacturers have reduced the weight and volume of PEM fuel cells so that they easily fit inside a compact car. But the membranes degrade with use—current automotive PEM fuel cells last only about 2,000 hours, less than half the 5,000hour lifetime needed for commercial vehicles. Companies are developing more durable membranes, however, and in late 2005 researchers at 3M, the corporation best known for Scotch tape and Post-it notes, reported new designs that might take fuel cells to 4,000 hours and beyond within the next five years.

Another big challenge is reducing the expense of the fuel cells. Today's fuel-cell cars are handmade specialty items that cost about $1 million apiece. Part of the reason for the expense is the small scale of the test fleets; if fuel-cell cars were mass-produced, the cost of their propulsion systems would most likely drop to a more manageable $6,000 to $10,000. That price is equivalent to $125 per kilowatt of engine power, which is about four times as high as the $30-per-kilowatt cost of a comparable internal-combustion engine. Fuel cells may require new materials and manufacturing methods to reach parity with gasoline engines. Car companies may also be able to lower costs by creatively redesigning the vehicles to fit the unique characteristics of the fuel cell. GM officials have stated that fuel-cell cars might ultimately become less expensive than gasoline vehicles because they would have fewer moving parts and a more flexible architecture.

Automobile engineers must also figure out how to store enough hydrogen in a fuel-cell car to ensure a reasonable driving range—say, 300 miles. Storing hydrogen in its gaseous state requires large, high-pressure cylinders. Although liquid hydrogen takes up less space, it must be supercooled to temperatures below -253 degrees Celsius (-423 degrees Fahrenheit). Automakers are exploring the use of metal hydride systems that adsorb hydrogen under pressure, but these devices tend to be heavy (about 300 kilograms). Finding a better storage method is a major thrust of hydrogen R&D worldwide. In the absence of a breakthrough technology, most fuel-cell ve

It is important to recognize that a hydrogen transition will be a marathon, not a sprint.

hicles today opt for the simplicity of storing the hydrogen as a compressed gas. With clever packaging and increased pressure, these cars are approaching viable travel ranges without compromising trunk space or vehicle weight. In 2005 GM, Honda and Toyota demonstrated compact fuel-cell cars with a 300-mile range using hydrogen gas compressed at 70 megapascals. (Atmospheric pressure at sea level is about 0.1 megapascal.)

Finally, safety is a necessary precondition for introducing any new fuel. Although hydrogen is flammable, it has a higher ignition temperature than gasoline and disperses in the air much more quickly, reducing the risk of fire. On the downside, a much wider range of concentrations of hydrogen is flammable, and a hydrogen flame is barely visible. Oil refineries, chemical plants and other industrial facilities already handle vast quantities of hydrogen without incident, and with proper engineering it can be made safe for consumer applications as well. The U.S. Department of Energy and other groups are currently developing safety codes and standards for hydrogen fuel.

Once hydrogen cars are introduced, how soon could they capture a large share of the market and start to significantly reduce carbon emissions and oil use? Because cars last about 15 years, it would take at least that long to switch over the entire fleet. Typically after a new automotive technology un dergoes precommercial research, development and demonstration, it is introduced to the market in a single car model and only later appears in a variety of vehicles. (For example, hybrid gas-electric engines were first developed for compact sedans and later incorporated into SUVs.) Costs generally fall as production volumes increase, making the innovation more attractive. It can take 25 to 60 years for a new technology to penetrate a sizable fraction of the fleet. Although fundamental research on hybrid vehicles began in the 1970s, it was not until 1993 that Toyota began development of the Prius hybrid. Initial sales began in late 1997, but eight years later hybrid models from several manufacturers still accounted for only 1.2 percent of new vehicle sales in the U.S.

Harvesting Hydrogen like electricity, hydrogen must be produced from some energy source. Currently the vast majority of hydrogen is obtained from the high-temperature processing of natural gas and petroleum. Oil refineries use hydrogen to purify petroleum-derived fuels, and chemical manufacturers employ the gas to make ammonia and other compounds. Hydrogen production now consumes 2 percent of global energy, and its share is growing rapidly. If all this hydrogen were devoted to

Get Inspired By The Most Popular Bloggers Online! If You Want To Skyrocket Your Success With Business And Improve Your Overall Life You Need To Have A Look At The Accidental Blogging Millionaires! Business can be a fight, particularly when you’re trying to establish one online and like all fights, to succeed you must find the winning techniques and apply them. 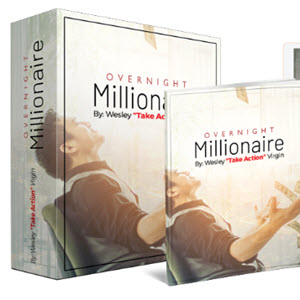 The Secret Of Making Money